Thomas F. Sleete is a born and raised Detroiter. His father was the pastor at Grand River Avenue Baptist Church in Detroit, and that is where Tom accepted Christ as his Savior in March of 1958. He was married to his wife, Moe, for 38 ½ hears before her passing and he is the proud father of his son and two daughters, his son-in-law, daughter-in-law, and his two grandchildren. A die-hard baseball fan, he lives and dies, figuratively, every summer with his beloved Detroit Tigers. 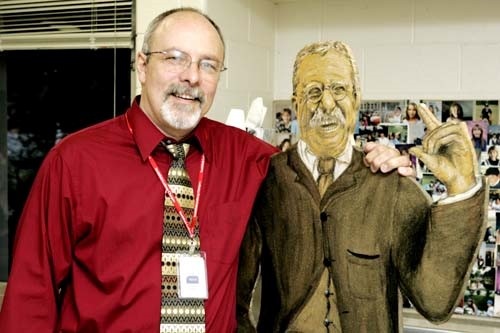 Tom is a teacher with 44 years of classroom experience at Southfield-Lathrup Senior High School in Michigan and Thomas Jefferson High School for Science and Technology in Alexandria, Virginia. He is a historian and some of his favorite individuals in history are Theodore Roosevelt, Winston Churchill, William F. Buckley, Jr., and Ty Cobb.  In addition, he was the Gilder-Lehrman 2005 Michigan History Teacher of the Year. He is currently retired as a classroom teacher but continues to be a consultant for the College Board in AP US History along with several other topics, and resides in Troy, Michigan.

How did you decide to write and publish your first book?

I have always believed that the Lord does not crack a door open for opportunities, he slams it open. Shortly after my wife died, I had lunch with a dear friend who was also a journalist before going into ministry. After our emotional meal, he said, “Tom, you should write about what you’re going through.” It wasn’t until after I had nearly completed my writing that I came across an article that told me that writing about it is one of the best ways to deal with grief.

I had journaled for quite a while when one of my daughters told me that I should put them into a blog. So, I did. I ended up have 49 entries on the blog, and I stopped on the one-year anniversary of her death. The response to the blog was incredible. So many people read it and were moved by it. They told me that it was extremely helpful.

The wonderful people at Critical Mass publishing asked if I’d like to put it in book form, and I heard one of those doors slamming open. So, I agreed. Since I am retired, my finances are limited to say the least, but they were so accommodating for a self-publishing firm, I was truly blessed.

And the book was published: Handling Grief: A Christian’s Ongoing Journey with Loss. I know of churches that have acquired several copies of it and have given it to those who have suffered loss.

How do you get from a blank page to a finished draft?

I don’t want to sound too mystical here, but this is how I get my entries for my books: I await prodding. It might come in the early morning hours, as I awaken and have a thought that needs extrapolation, or it could come from a song I hear, a quote I read, sermon to which I listen, a conversation, and so on.

The seed gets planted in my memory and I can’t let it go. I put it down on paper and then strive to elaborate on it and make it worthy of reading.

One of my favorite historians, Barbara Tuchman, was once asked how to write history; her answer stunned her audience with its brevity. She said, “Tell stories.”  As I remember my favorite historians and history professors and teachers, they all taught it that way. It is my hope that I was successful in doing the same in my teaching, and I also strive for that in my books.

What advice do you wish someone had given you when you first started writing for publication?

SLOW DOWN!!! I get so enthused and over-amped, I tend to rush through first drafts. There are times when I proofread that I find incredible errors or typos.

For example, I once wrote a quote by Billy Graham this way, “The Lord will lead you where He can’t sustain you.”

I forgot the “never.” I need to have more patience and let the Holy Spirit guide me. Though I do pray that I am fulfilling His will, I am often too anxious to get to my point of the segment.

What have you written that makes you most proud — and what do you wish you could take back?

As for taking back, I do have one regret. I composed some short stories almost 40 years ago, and submitted them for publication in a magazine. Fortunately, after they were accepted, they were eventually not published. I used some language in them that I would definitely not use today. The Lord had the long-view in mind when He arranged the rejection.

My next book is tentatively titled Musings from Fourth Place. The title comes from my adaptation of the old “I’m Third” Christian slogan. God first, others second, and I’m third. In my case, I put my family between God and others.

I’ve just finished my proofreading and it has been edited, thus it will shortly be in the hands of the publishers. The book is Christ-centered, though there are a couple of secular sections about history, literature, and teaching. It also contains several entries on how my journey down grief’s toll road is progressing and steps I’ve taken to get to where I am emotionally and spiritually. It is my prayer that it will be as much of a help to others as the first book has been, in addition to honoring the Lord and my wife.

Kittie Helmick graduated from Hillsdale College with a B.A. in Art, a minor in Spanish, and a concentration in U.S. Politics. Her varied interests led her to found Goodtruebeautiful.site, the predecessor to Salt and Iron. She has also published critiques of pop culture on The Federalist and Patheos. View all posts by Kittie Helmick